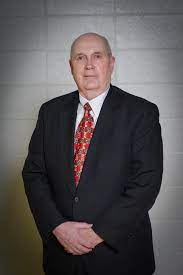 MBCA executive director Denny Hunt will be among an outstanding group of inductees to enter the Missouri Sports Hall of Fame on December 14 at the Oasis Hotel & Convention Center in Springfield at 11 am in the annual Basketball Luncheon.

Hunt is now in his 47th season as a basketball coach, with 40 at the high school level. A 1969 graduate of Summersville High School and 1974 graduate of Missouri State University, he has been a head coach of boys teams at Fair Play, Hartville, Republic, Buffalo, Central, Springfield Catholic and Crane. He also was an assistant coach at Kickapoo for 10 seasons, and a Kickapoo girls varsity assistant for the late Stephanie Phillips (MSHOF 2011). In all, he has been part of five Final Four boys teams – 1987 Hartville (Class 2 state runner-up), Kickapoo’s 2003 and 2006 Class 5 state champions and its 2005 state third-place team, and 2019 Springfield Catholic (Class 3 state runner-up). At Hartville, Hunt’s teams were 153-84 over 10 seasons. He also was an assistant coach at NCAA Division II’s Drury and Southwest Baptist universities for a combined seven seasons. Since 2011, he has been the Executive Director of the Missouri Basketball Coaches Association, earning its Gary Filbert Lifetime Achievement Award in 2012 and induction in 2015. Additionally, he directs the Norm Stewart Classic, and in 2021 was honored by the National High School Basketball Coaches Association with the Court of Honors.

Additionally, the Hall of Fame will recognize the Filbert Five Awards, a group of former high school and college standouts who made positive impacts on the game. The awards are named in honor of Gary Filbert, a Missouri Sports Legend (2011) who was a successful basketball coach before assisting legendary Missouri Tigers coach Norm Stewart and then founding the Show-Me State Games.

For additional information on this event please visit: