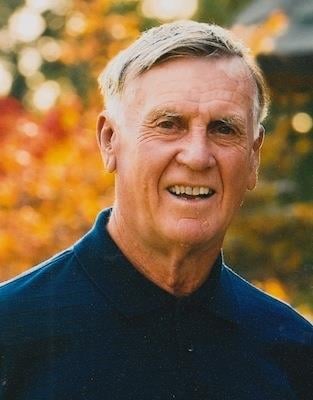 Springfield - Bobby L. Brown passed away on December 25, 2020. He was born July 20, 1934 in Stoutland, MO. He is preceded in death by his parents, Bob and Nora Brown, wife Barbara A. Brown and his son, Bobby S. Brown. He is survived by his children, Pamela Brown of Jenks OK, and Bill Brown of Stoutland MO; grandchildren, Carson Brown and Jake Brown of Springfield MO; son-in-law, Roy Payton and his brother, Charles Brown of Richland MO.

Bobby graduated from Stoutland High School, Stoutland, MO. He also attended Southwest Missouri State University on a basketball scholarship and earned a Bachelor's degree in Education. He earned a Masters at Drury University. He met his wife Barbara Brown, while going to high school in Stoutland, MO. They later married on August 28th, 1954 at the First Baptist Church of Sedalia, MO.

Bobby Brown excelled at everything he did. He was an outstanding husband and provider for his family. His children grew up with passion and drive. He was strong and caring while he taught his children to be strong and independent. He had a great love for his grandchildren and always made sure they had everything they needed.

Bobby Brown, a native of Stoutland, MO, began his coaching career at Richland High School in 1956, where he coached for three years and compiled an 80-17 record while finishing 3rd in the State tournament in 1957 before moving on to Bolivar High School. Coach Brown then spent four years at Bolivar and compiled a record of 93-35, highlighted by a 30-4 record and state Class M Championship in 1960. Coach Brown moved to Ruskin High School in KC in 1962 and compiled a record of 40-11. Coach Brown became the head basketball coach for the Parkview High School Vikings of Springfield in 1966 and coached the Jolly Green Giants to a 27-1 record. The team finished 2nd in State and still remains the only Springfield Public School to complete a regular season undefeated. Coach Brown made another trip to the State tournament in 1981 where his team finished 3rd with a 26-4 record. In 1986 he retired from teaching and had a record of 581-242. A 19 per season win average for his first 30 years. Upon retirement Coach Brown made the trip to the University of Tulsa with his son Billy to continue his coaching career. Coach Brown remained on staff with TU for two seasons and made a trip to the NCAA tournament before moving on to Western Kentucky University for three seasons. He made a brief stop at Ponca City High School before returning to Springfield Catholic in 1993 and served there for his final six years of coaching. Over his coaching career, he took teams to the state tournaments a dozen times and won numerous conference championships and compiled a record of 691 wins and 353 losses. He was always there to mentor his son's coaching career with enthusiasm and dedication. He loved defense, and he loved basketball.

Bobby Brown enlisted in the Missouri National Guard in 1958. The military was just as important to him as the profession of coaching. He saw his rank rise over the years until he reached the rank of Colonel. His assignments included Chief of Plans and Operations at Headquarters Stark, Commandant of the Missouri Military Academy and Commander of Medical Battalion. He was very proud of his service. In1988 Colonel Bobby Brown retired from one of his lifelong passions.

Bobby Brown had a dream to keep and maintain the property that he was raised on. The family farm was homesteaded in 1861. He worked very hard to purchase the property from his siblings when his father passed away. Upon his purchase of the property Bobby and Barbara started a registered herd of Charolais. To this day the herd has direct bloodlines to the 3 cows they purchased. He has seen his herd grow and property expand over the past 40 years. He also, had a love for wildlife and conservation. He would spend many of hours with Bobby Scott hunting quail on a cold afternoon. He enjoyed the sight of a well-trained dog locating a covey in the brush.

His love for his wife Barbara was so very strong and was there for all to see as they spent many hours sitting together and just holding hands. People would always say they admired their love and support for each other. Bobby's eyes would light up when Barbara walked into the room. He would always refer to Barbara as Sugar.